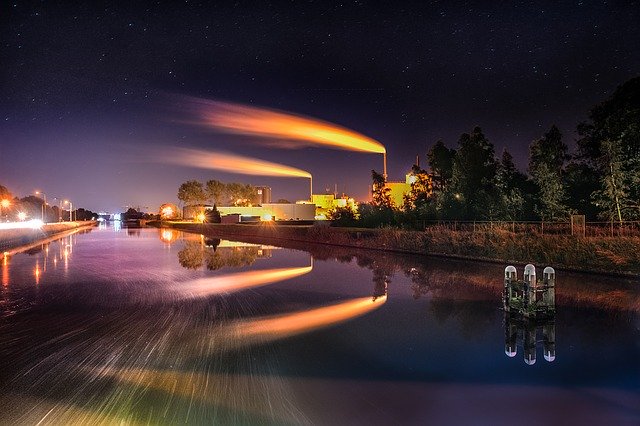 Leadership in a time of crisis

I was chatting this morning over coffee with my wife who is a local teacher regarding the goings on with the corona virus. It is an understatement to say that corona virus has disrupted our lives, from our children’s school, to our work, to our social lives. My family intends to do our part to curb the spread of the virus, but what we need right now is leaders at all levels to act. Thankfully in our area, leaders are doing just that. As a leader myself, I can tell you that taking bold decisions on limited data is incredibly hard.

In a time of crisis, you see the best and the worst of leadership.

A story I would like to share today illustrates the difficulties of leadership in a time of crisis. It is from Will Jacobs. Will has shared this story with me many times and we used it as an introduction to our book Rock, Paper, Scissors: The Instant Leadership Solution. Rather than paraphrasing, lets hear from Will in his own words.

At the beginning of a frosty December many years ago, I arrived at a chemical factory as its new director. To be honest, I wasn’t sure I was up to the challenge of managing the place. The plant produced a special kind of plastic made of ingredients that were highly flammable and potentially carcinogenic if handled the wrong way. It was also located only twenty meters from a railway line, and on the other side of that line was yet another factory that produced toxic chemicals. On top of this, the team I’d inherited made it pretty clear they thought I was superfluous; they could run the place perfectly well without me, they said. Not the most auspicious start.

At 11:00 a.m. on 7 January, after I’d been there only a month, my office phone rang. It was one of my associates. ‘You need to come to the control room right now,’ she said. The place she was referring to was in a fortified bunker outside the main factory building, so I threw on my safety gear and hurried over. As I entered the room, the first thing I noticed was the number of people — far more than normal. All heads turned to me.

‘We have a situation. There’s a gas leak, but we don’t know how big it is. What should we do?’

I paused and took a deep breath. It was freezing outside with low humidity, and our instrument panel showed that the wind was going in the direction of the railway and the other factory. There was no time to lose. In a previous life I’d been trained in emergency management by the chief commander of a fire brigade in a chemical complex, and he’d taught me three important things. The first was to stay calm. The second was to make sure everyone was safe. And the third was to remember that everyone reacts to stressful situations in their own way; there shouldn’t be a one-size-fits-all approach to dealing with my people.

Staying calm was easier said than done — no training could prepare me for a dangerous incident like this. But I was the boss and my team was looking to me for guidance, so I had to be decisive. My first commitment was to evacuate everyone, even those who were investigating the leak. As far as I was concerned, the whole factory could blow up and burn down as long as no one was in it. Next, I assigned roles to everyone in the control room. ‘You — man the phone and make a note of anything that anyone says. You — stay by the whiteboard and write down everything you hear, including when you heard it and what decisions were made. And you — do a headcount of the people evacuated from the site.’ Those were the immediate issues taken care of. After that I sat down with the two most experienced people in the factory and asked them to offload their knowledge onto me. ‘When did you discover the leak? What have you seen? What analysis do we need to undertake?’ I didn’t stop questioning them until I was sure no stone had been left unturned.

Then I had to make a tough call and ask the railway operator to close the line — I couldn’t risk the weather conditions combining with the gas to create a spark on the iron rails. This naturally triggered a series of visits from journalists and officials. Soon the local authorities and the media wanted to talk to me, culminating in a visit at 1:30 a.m. from two men who said they were from the government police. ‘You have the right to remain silent,’ they said. ‘Everything you say can and will be used against you.’ Somehow even then I remained calm, assuring them I had nothing to hide and that I’d work with them to find out what was going on.

Five hours into the leak, we’d discovered where the problem was coming from and had eliminated the immediate danger. A few hours after that, we’d measured how much gas had escaped. And five days later, the plant was up and running again with everyone safe. The local authority was delighted with how we dealt with the incident and eventually asked me to train other people in how to carry out emergency control. We were even on national television, and there was little negative coverage. As well, the incident helped me bond with my team, which ended up being one of the best I’ve ever worked with (the team members also learned how, in an emergency, a leader can come in handy).

Once the dust settled, my boss asked me, ‘How did you manage to get everything under control so quickly?’ My answer was one he wasn’t expecting. ‘With Rock, Paper, Scissors,’ I said. ‘I was a Rock with my team when I was making sure they were safe and assigning their roles. I was a Scissors with my experts when I was asking questions about what had happened. And I was a Paper with the journalists and officials when I was assuring them the situation was being handled well.’

What I really appreciate about Will’s story is that he was willing to make the call to keep his community and employees safe, even when the authorities came to arrest him.

For all of us who are leaders, now is the time to make fact based and decisive decisions to manage this pandemic as best as we can with limited and fast changing information.

For those of us who are not leaders, please take a moment to appreciate that the decisions being taken by our leaders are incredibly difficult. The best thing we can do is support these decisions with heightened personal responsibility and a smile.

Our teams are ready to adapt, are we?

How RPS can Enhance Emotional Intelligence

Help, I need somebody

How do you find Joy? https://www.linkedin.com/pulse/finding-joy-fred-lennox
« Previous 1234567 Next »